Bálint did his internships in Barcelona, Portugal and Hungary 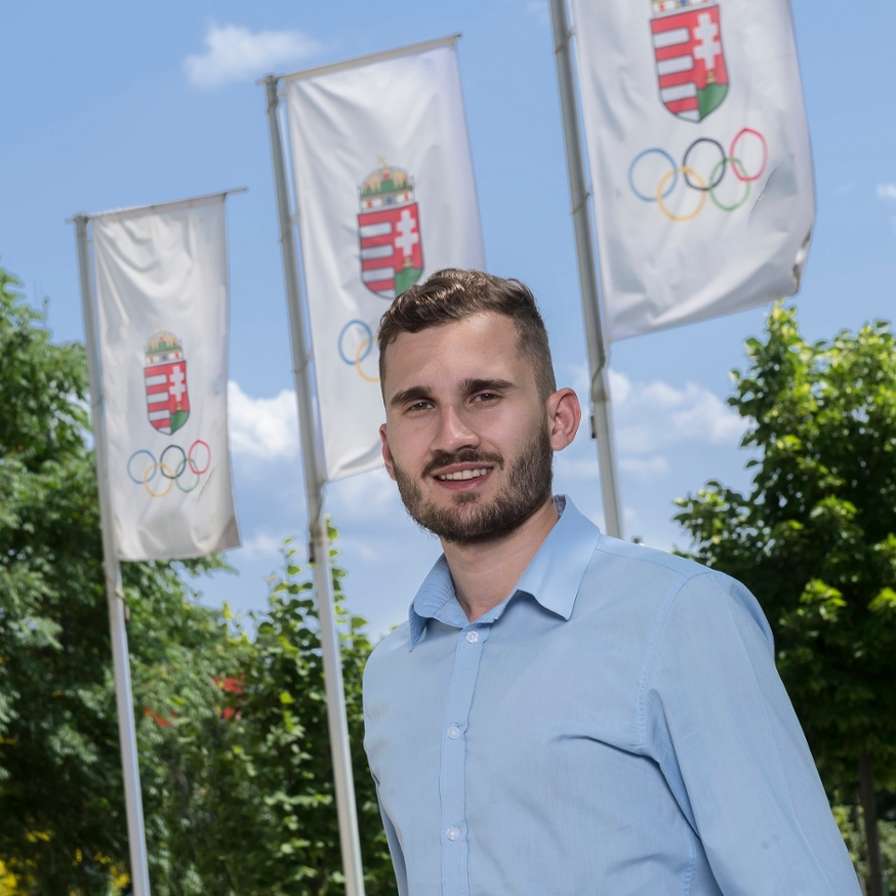 'I found the 3 internships and the practical approach of the study programme the most attractive elements.'

Balint played basketball for 10 years, but then it became clear that he could not be a professional player. He still wanted to have a career in sports though. The idea of challenging himself abroad attracted him for a long time. When he found Sport Studies - track ISMB he knew from the beginning that it was tailored for him.

Attractive elements of the study programme

''The 3 internships and the practical approach of the whole study programme were definitely the most attractive elements of Sport Studies for me. The buzzing city of Amsterdam also helped me to make my decision.'

'My mother is an English teacher in Hungary so I became interested in learning foreign languages from an early age. Prior to Sport Studies – track ISMB, I attended a Spanish-Hungarian bilingual school for five years. So apart from my native Hungarian, I speak English and Spanish on quite a high level.'

'In the second year I spent 10 weeks in Barcelona doing an internship for WOSPAC; an international football academy. I worked for the marketing department, creating content for the website and social media platforms in both Spanish and English. I also prepared brochures and dossiers for clients about the services of the academy. Additionally, the organisation was developing its overseas franchises, including one in Hungary, and therefore I created a Hungarian website for this purpose.'

'I did my strategic internship at the Portuguese Olympic Training Centre in Rio Maior. By conducting research, and taking part in the daily operations of the sports complex, I created an advisory report on its operational performance. My daily operations included assisting the marketing director with administrative tasks, generating and improving content for the English website, and taking part in customer service involving international athletes.'

'I wanted to do my last internship in Hungary, because prior to this internship I had not obtained an extensive network in the Hungarian sports world. Since my long-term plan was to move back to Hungary and work in the local sport environment, it seemed like a good idea to do an internship for a local sport organisation. I used the network I had and was lucky enough to get an opportunity at the Hungarian Olympic Committee (HOC). I was not hesitating whether to accept this job or not at all, since it is the most important sporting body of the country.'

'I worked for the Marketing & Communications department of the HOC. I started my internship just before the 2018 PyeongChang Winter Olympics, and worked as a back office employee during the event, keeping the website up-to-date with the latest news regarding the performance of the Hungarian team. I was also part of the organising team of the welcome ceremony of the Olympic team after the Games.'

'Since the end of the Winter Olympics, I worked as a co-editor of the official HOC website. I was also partly responsible for the social media platforms of the organisation. My responsibilities were preparing original content for the website on a daily basis. I was the main supervisor of international press, especially from Spanish and English international media. I took part in the creation of the new digital strategy of the HOC, co-coordinating the new website strategy. Additionally, I researched new social media trends and prepare an advisory report on efficient social media use for the HOC, so the committee can successfully target the youth of the country and promote Hungarian sport and the Olympic movement.'

'I just started studying for my Master's degree in Sports Economy in Budapest. The programme has a practical approach too, which lets me work for local sport organisations alongside my study. Thanks to the extensive CV I developed over the last four years at Sport Studies - track ISMB, I was in a good position to get a job in the Hungarian sports world. This resulted in a part-time job at the international department of the Hungarian Canoe Federation. A great chance since canoeing is one of the most successful sports in Hungary.'